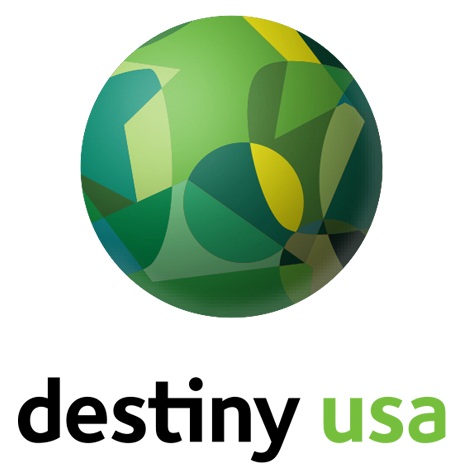 Destiny USA will formally celebrate its two year LEED anniversary, achieved on February 6, 2012, this month, showcasing its nearly 50 tenants who have achieved LEED certification. On February 27, 2014 at 1:00pm, several tenants will be honored for their sustainability and recycling efforts.

Destiny USA was formally recognized as the largest LEED Gold certified commercial building in the world on February 6, 2012 when it achieved certification from the United States Green Building Council (USGBC). USGBC President and Syracuse native Rick Fedrizzi presented Destiny USA owner and founder Bob Congel with the prestigious award, stating the project was “a tremendous model for other retail and commercial enterprises for whom sustainable construction and development are operational imperatives.”

To date, Destiny USA and its venues have composted more than 800,000 lbs of material. More than two dozen venues participate in the composting program, which launched in July 2012. To learn more, visit www.DestinyUSA.com.