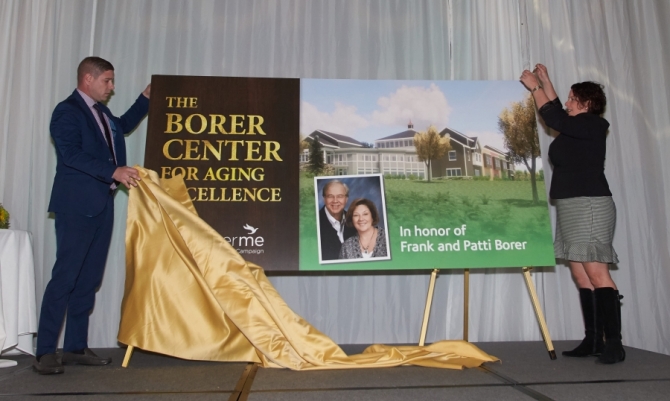 At a press conference and groundbreaking today, Loretto announced major renovations and new construction to expand and enhance dementia care at The Nottingham in Jamesville, as well as The Heritage and The Cunningham on Loretto’s main campus in Syracuse, NY.

And at the organization’s annual luncheon yesterday, Loretto recognized Frank and Patti Borer with Loretto’s Legacy Award for their family’s pledge of $1 million to support this Memory Care initiative. With this commitment, the new building at the Nottingham will be named: The Borer Center of Aging Excellence. Thanks to the Borers and others who have already contributed to this campaign, Loretto is already over the $3.6 million dollar mark.

The team at Strategic Communications, LLC is proud to have helped Loretto secure positive news coverage on all local TV stations to promote this important initiative, and to have donated directly to this campaign.