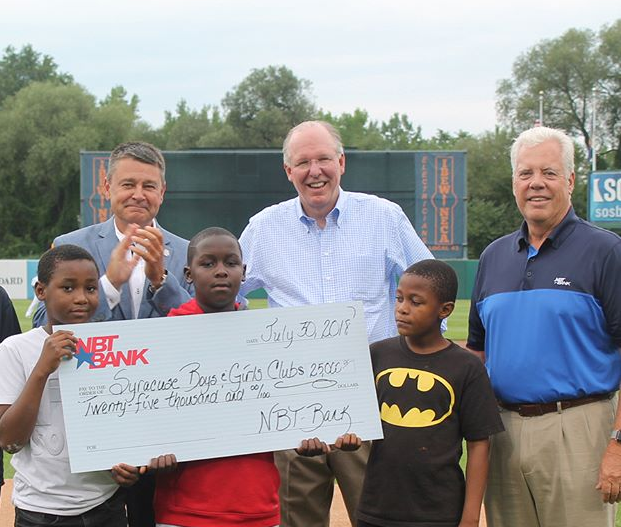 100 boys, girls and volunteers from the Syracuse Boys & Girls Club were able to attend and receive a free meal during tonight’s Syracuse Chiefs baseball game thanks to NBT Bank.

But NBT’s support doesn’t stop at summer ballpark fun. All of these kids were also presented with an NBT cinch sack complete with back-to-school supplies.

NBT Bank President and CEO John H. Watt, Jr. threw out the first pitch of the game. And approximately 175 NBT employees were in attendance to join in celebrating the pre-game activities and enjoy the game.

NBT Bank assumed the naming rights to the stadium in 2013 and has been actively involved in home games and community events ever since.