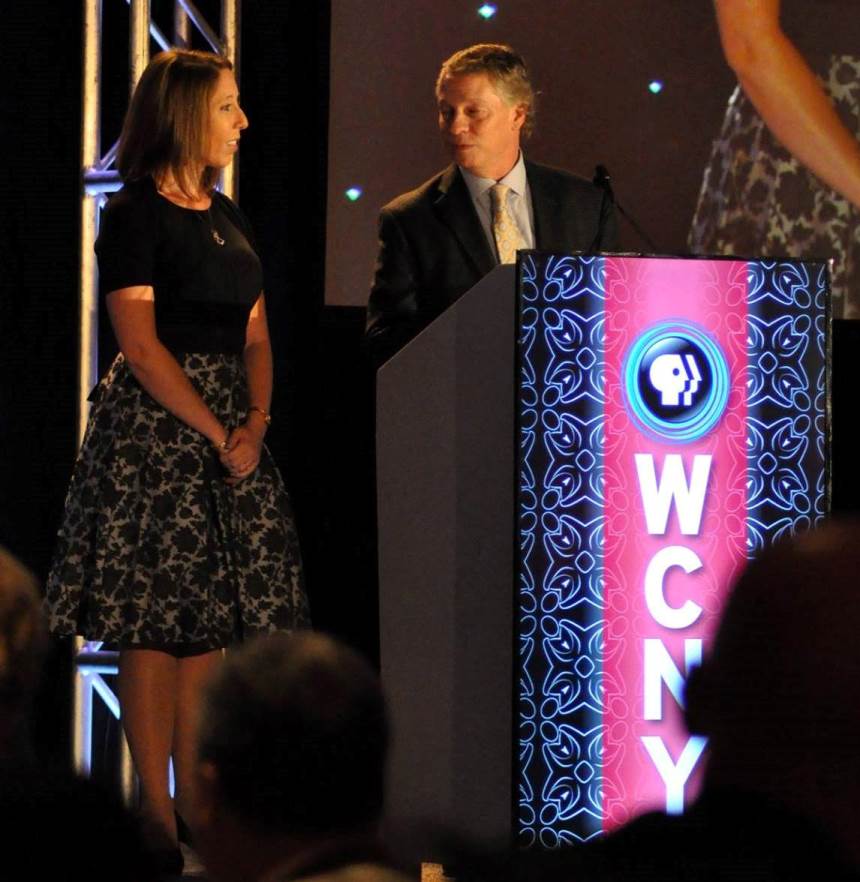 Crystal DeStefano co-chaired the 2016 “Taste of Fame” event this weekend, presented by Central New York’s PBS affiliate WCNY. This was the second annual event, which serves as a fundraising event for WCNY and features a delicious four-course meal crafted by nationally-renowned celebrity chefs.

This year’s celebrity chefs were Gabriele Corcos and Debbi Mazar, acclaimed television hosts and husband and wife chefs on the hit Cooking Channel show “Extra Virgin.” And the event was emceed by the 2015 event’s celebrity chef, Nick Stellino.

As co-chair for the event, DeStefano helped the organization to double its ticket sales and sponsorship support compared to sales from the inaugural event in 2015. And she delivered remarks at the event as a representative of the Board of Trustees, as well as all of the volunteers who have supported WCNY over the past 50 years.