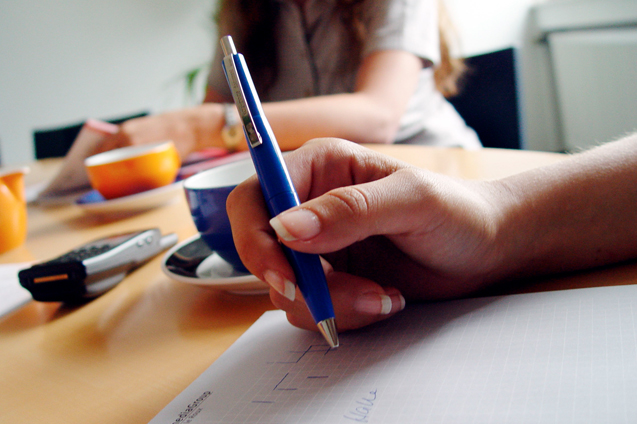 I don’t know about you, but I still go out to my mailbox each day hoping to find something there besides a stack of catalogs from companies I’ve never heard of for products I don’t ever buy. Each day I reach inside that box, I have a momentary holiday full of hope for something personal, and I’m not talking about my monthly utility bill.

Every once in a while, I’m rewarded with a notecard or letter from a friend, former student or work colleague. But more often than not, I’m resigned like so many others to the synthetic endorphin rush that comes from a personal email, text or comment on social media that comes with electronic postage.

Don’t get me wrong. Emails, texts, or social tags are an efficient way to get a message to someone – I know Generation Z-er’s even consider email pretty much dead and prefer to rely on texts or other messenger platforms. And I do use texts with my own family members and friends all the time. But it’s just not the same as a personal note, and it’s a bit of a cop out when it comes to really connecting with someone.

Since the inception of the written word, successful leaders have made it a practice of sending personal, handwritten notes to congratulate, inspire, encourage, or show appreciation. When you send one, you are imprinting more than words on the page. Your handwriting conveys a personality and style, and the paper itself sends a message about how you are approaching the task.

Sometimes these notes can be pretty powerful. I still have a handwritten note sent to me by author, social activist, and Nobel Peace Prize winner Elie Wiesel after I wrote to him as a freshman in college. I had just read his first book, Night, for a class assignment, and I felt compelled to reach out to him based on the profound impact his writing had on me. I was shocked and elated when he actually wrote me back with a personal, handwritten letter of his own.

I have long held up that example to students in my own classes at Syracuse University – that a personal note to just about anyone is not a waste of time, and may yield some pretty amazing results. I’ve had students receive notes back from CEOs, four star generals, and even world leaders. One graduate student boldly asked a governor of a major U.S. state if he would consider being interviewed for a paper, and he promptly agreed. Another actually got a job offer from a CEO as a result of a sincere, but boldly-written personal note. Nothing ventured – nothing gained.

What I’m suggesting, however, is not to simply look at this as a way to gain something, but as a way to give something. My target of three handwritten notes per week (which I admittedly don’t always fulfill) was inspired by the habits of some of our former U.S. presidents like George H.W. Bush. When I follow through on it, I feel like I am completing some kind of circle. These notes can be written to anyone you’d like, for any positive purpose. Thank someone for a job well done or an effort that helped. Let someone know how much you value them. Send along a news item or clip with your note that shows a client you are paying attention. Tell your kids how proud you are of the work they are doing.

We live in a world where it seems like the most influential “notes” are judged by the ability to compress a pithy retort into 140 characters, and then hoping it might trend. That’s OK… but next week, try to also write 3 handwritten notes to individuals you’d like to connect with, and drop them in the mail.

I believe some good things will happen.